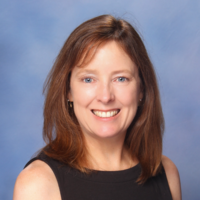 Kristy Adler is respected for her knowledge and her intense advocacy on behalf of her clients. The contacts in her “little black book” include cruise line presidentsand general managers from the most famous hotels in the world. She has won numerous awards and accolades, and she is considered one of the top women executives in the travel industry.

Kristy’s specialties include cruises, luxury family travel, Hawaii, and custom trips to Europe, Asia and around the world. According to Kristy, “It is not enough to see the world, it’s about coming home with memories that will fill you with joy for the rest of your life.”

Kristy has traveled throughout the world with her family. Her travel is multi-dimensional. She has explored cultural monuments in Europe, taken cooking classes in Thailand, and rated the best waterslides in the United States and The Bahamas.

Kristy and her husband, Anthony, have served on the advisory boards of various travel companies and cruise lines including Royal Caribbean International, NCL, and Holland America Line. The couple has championed consumer protection laws in California, and Anthony served a term as treasurer of the state’s Travel Consumer Restitution Corporation. The Adlers co-founded the Society of Elite Agencies, and have been featured as travel industry experts on network television, in newspapers and in magazines. Kristy has recently served on theTravel Advisory Boards for Saveur and Ski magazines.

Prior to starting CRUISE and RESORT in 2004, the Adlers, founded Cruise Fairs Of America, growing it into one of the world’s largest cruise-selling operations. Travel Services International acquired the company in 1997, creating a mammoth organization with over $1 billion in sales. The west-coast division was known for its dedication to customer service, efficiency, profitability, and high-profile national and local print advertising campaigns in major magazines and newspapers.

Kristy is dedicated to making her clients’ dreams come true. Enjoy a brief consultation with her first. Get to know her. Whether you are planning something exotic or simple, it is very likely that you’ll want Kristy to be the one orchestrating your vacation.