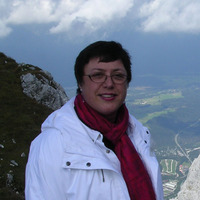 Born and raised in Germany, Marion Harbison has become a successful professional through her experiences in the travel industry, multi-national education and love for her career of choice-travel. Marion has more than 25 years of experience in the industry.

After completing her apprenticeship in Germany to become a travel consultant, Marion married and came to work in the United States. Being married to a career military officer meant Marion moved often, but was able to work in the travel business despite 12 relocations in 22 years! The challenges helped her to develop a diverse and loyal client base.

Marion has personal as well as professional accolades that have marked her success in the industry. The majority of her clients have followed her regardless of where she called home, additionally; Marion's employers quickly recognized her expertise and talent, allowing her to function in positions ranging from travel consultant, office manager and agency manger. She successfully turned around a branch office that was on the verge of closing, and made it the most profitable office of three, surpassing even the main office. After settling in Chattanooga, Tennessee Marion began working for an upscale agency and again worked to develop a new client base. Her efforts were rewarded after only two years when she was recognized by Conde Nast Traveler magazine as a top travel specialist for Germany. Making the list as one of the top 128 travel consultants in the United States is a great honor and Marion has been included on the list from 2002-2011, ten consecutive years.

Marion has taken great pride in her career and professional life, becoming a travel specialist for Germany, Switzerland, Austria and Bermuda. Additionally, Marion earned her Bachelor of Science degree from Murray State University with an emphasis on Travel and Leisure.