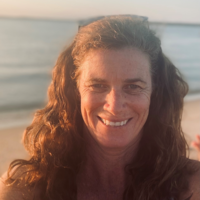 For Amy Nelson, traveling has been a way of life. Growing up abroad, Amy has lived in seven countries and five states, with her most recent home in Alaska before moving to Connecticut.

Amy has spent more than 20 years in the Aviation and Travel Industry. Amy began her career as a Delta Airlines flight attendant, and then as a Cabin Manager in corporate and private aviation. These roles provided opportunities for Amy to visit countless countries and 48 states. Along the way Amy honed her customer service skills while consistently exceeding expectations.

Some of Amy’s most memorable travel moments include scuba diving in Bora Bora, skiing in Big Sky, Montana, drinking prosecco while overlooking the Amalfi Coast, fishing for Halibut in Alaska and getting married at the Glamis Castle in Scotland.

Amy Nelson works in association with the Primmer Team at Elli Travel Group. A graduate of University of North Carolina-Wilmington, Amy received her Masters in Aviation Management from Embry Riddle Aeronautical University and worked for ConocoPhillips in Alaska.

Amy is always plotting her next family adventure, either domestically or internationally, and she looks forward to collaborating on your next adventure.