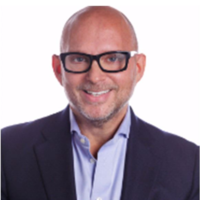 From helping clients secure a last-minute hotel room in St. Bart's when all the luxury properties on the island were sold out to arranging a hotel buyout of the a wedding, Andrew Steinberg is the master of pulling off the most challenging trips and making sure they're exceptional to boot. He was destined to be a travel advisor who services a very discerning clientele: "From an early age, when my family went on a holiday, my job was to scout the property and come back with a review for everyone and create an itinerary for the trip," he says. "Later on, I kept journals of my travels where I meticulously wrote down every detail I observed”.

After working for several years as a talent agent in Hollywood, Steinberg decided to make a career out of his childhood passion of travel and launched Modern Travel. The notable trips he's planned include a 60th birthday celebration in France, multiple large group golf & ski excursions, girls spa weekends all over the world from Switzerland to California, yacht charters and extravagant villa rentals in the Caribbean, Tuscany and beyond.

Steinberg has won numerous accolades for his talents and is widely respected throughout the industry- his insider connections and strong relationships give him unparalleled access to the best of the best. He's been recognized as a "rising star" agent by Travel + Leisure and was noted as an “Up and Comer” from the Four Seasons during his first year in the industry.

Now, are you ready to start planning that dream getaway yet? Let Andrew and the New York based Modern team work their magic and lead the way.