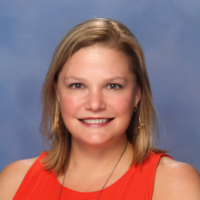 Anne grew up in San Antonio, Texas where she began traveling at a very young age with her family. After graduating from the University of Texas at Austin, she moved to Washington, D.C. to work for a congressman on Capitol Hill then for former Secretary of State James A. Baker, III. Once she experienced the East Coast, she decided to move to the West Coast and worked in the financial industry in San Francisco. Anne returned to her roots in Texas and spent seven years at AT&T in Corporate External Affairs before she finally made her love for travel her full time job. Her travels include nine weeks in Southeast Asia visiting countries from Japan down to Indonesia. Then, she spent six months backpacking all over Southern and East Africa.

Anne has been in the travel industry for over 13 years as a luxury tour advisor for Ker & Downey and now as owner of Bluntzer Travel, LLC. Anne has traveled to and specializes in destinations all over the world including North and South America, Europe, Asia, the Middle East and especially Africa. She has been to Africa twenty five times, visiting twenty different countries and planned luxury safaris for all ages and sizes. Anne’s organizational skills and attention to detail have made her an expert travel advisor.