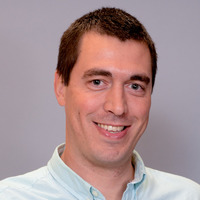 With degrees in print journalism and Latin, I once thought I'd have to go back 500 years to find the perfect job.

But travel advising allows me to write and share my love of all things European.

My passions are sports and travel, and my favorite trips to plan have been the ones that combined both. I treasure the scarf one family brought me from the 2015 Champions League soccer final in Berlin. Their son watched his beloved Barcelona defeat Juventus for the title on his 14th birthday. A few days later he was on a private tour of Barcelona's home stadium.

Then there was the couple who had their hearts set on a soccer match during their trip to Italy but had to delay the trip until after the Italian domestic season was over. Fortunately, there's always soccer going on somewhere in Europe, and the Ireland-Scotland game in Dublin was the highlight of their trip.

I may have only been able to make it living in Hawaii for a year, but that time instilled in me an appreciation for island living and the hidden corners of the world.

The emails I send in French and Italian may be riddled with grammatical errors, but it always puts a smile on my face when the person on the other end writes back in French or Italian, even if it does take me a little longer to read.

So whether things go exactly as hoped, or we need to make some adjustments along the way, I'm here to make sure every trip of yours produces unforgettable moments.